We are very excited to announce the release of ImageSharp.Web 2.0.0 final. You can download it today.

We've been putting this release together for a while but it's been well worth the wait. This is a MASSIVE release with some fantastic improvements.

API documentation is available in our Docs site.

Browsers now implement 'image-orientation: from-image' by default. This makes orientation handling
confusing for users who expect images to be resized in accordance to what they observe rather than pure(and correct) methods.

To accommodate this ImageSharp.Web parses the dimensions to use based upon decoded EXIF orientation values. This means that the image is processed in accordance with expectations no matter what orientation the input uses as you can see in the example image below. 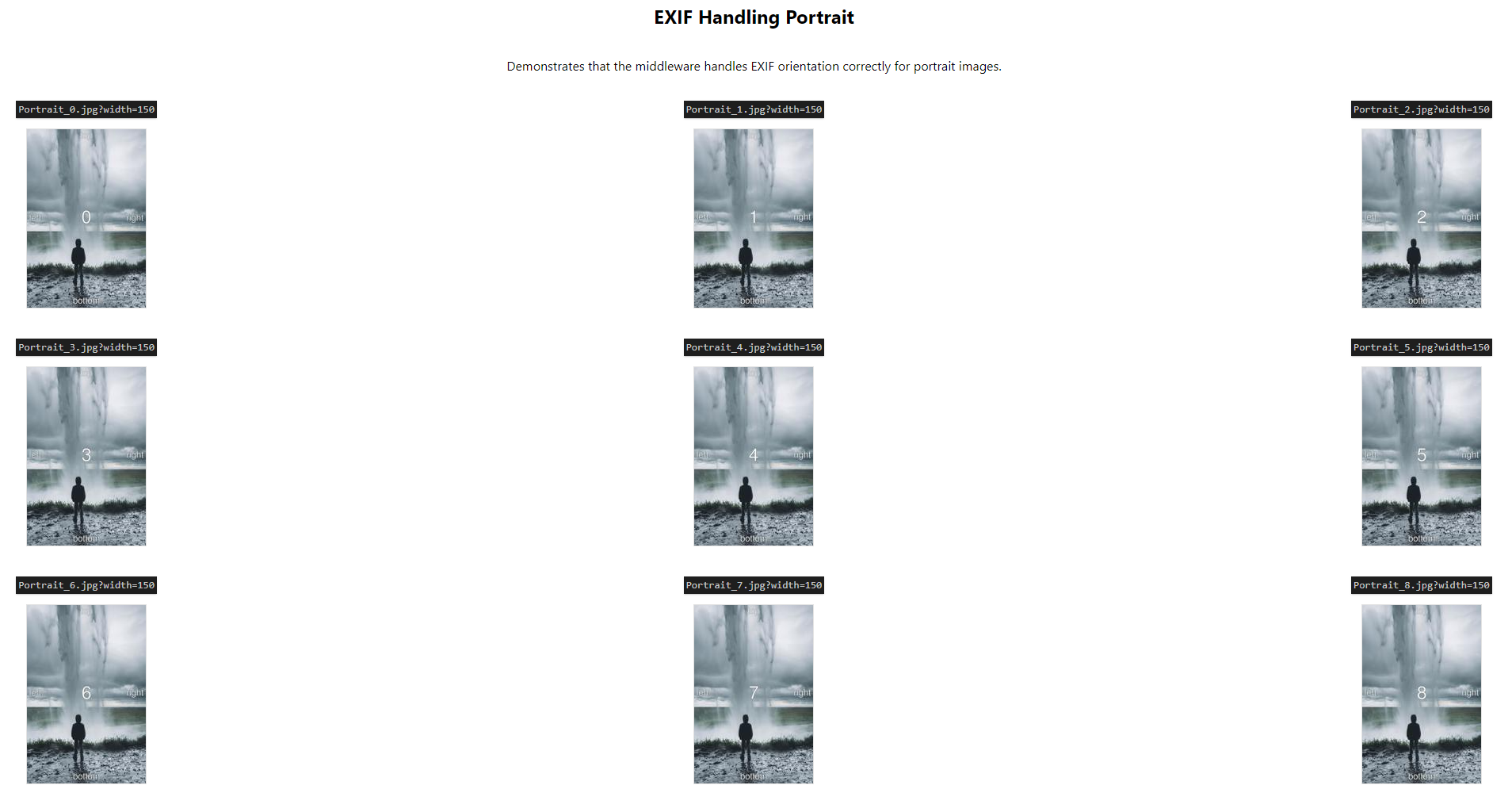 HMAC can provide authentication using a shared secret instead of using digital signatures with asymmetric cryptography. It trades off the need for a complex public key infrastructure by delegating the key exchange to the communicating parties, who are responsible for establishing and using a trusted channel to agree on the key prior to communication.

HMAC does not encrypt the message. Instead, the message (encrypted or not) must be sent alongside the HMAC hash. Parties with the secret key will hash the message again themselves, and if it is authentic, the received and computed hashes will match.

With ImageSharp.Web it is possible to configure an action to generate an HMAC by setting the ImageSharpMiddlewareOptions.HMACSecretKey property to any byte array value. This triggers checks in the middleware to look for and compare a HMAC hash of the request URL with the hash that is passed alongside the commands.

By default ImageSharp.Web will use a HMAC-SHA256 algorithm.

Users can replicate that key using the same CaseHandlingUriBuilder and HMACUtilities APIs to generate the HMAC hash on the client. The hash must be passed via a command using the HMACUtilities.TokenCommand constant.

Any invalid matches are rejected at the very start of the processing pipeline with a 400 HttpResponse code.

We'll be focussing very heavily on SixLabors.ImageSharp.Drawing and SixLabors.Fonts now to bring them up to Release Candidate status.

Following that we'll start looking towards V3 where the focus will be on adopting the latest .NET runtimes and bringing high performance on as many platforms as possible.

Thanks again for all the feedback and usage. It's been a pleasure to build ImageSharp.Web so far and to see so many people try it out; we really appreciate it. Please continue exploring the product and learning what it’s capable of.

More posts can be found in the archive.